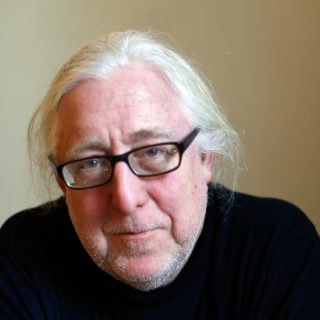 On October 23, Beyond Baroque hosted a memorial for Beyond Baroque’s longest-serving director, Fred Dewey. We were deeply touched by the outpouring of thanks and remembrance at the tribute. If you were unable to attend, the memorial was recorded and is available for viewing here.

Fred had a fierce commitment to creating public spaces for intellectual and political engagement. We’d like to ensure that legacy continues at Beyond Baroque, and elsewhere. We’re therefore pleased to announce the launch of the Fred Dewey Legacy Project, which aims to raise funds for several initiatives that extend Fred’s work, including an annual series of public lectures and seminars at Beyond Baroque devoted to key works of political, literary, and social theory.

Additional initiatives of the project include preservation of Fred’s considerable library; continuing to publish Fred’s writing; furthering public inquiry in “Around the Table” discussion groups through Fred’s texts; and following through on projects started by Fred. In partnership with Beyond Baroque, the Fred Dewey Legacy Project (FRDLP)  is made up of an international team of stakeholders who aim to preserve Fred’s legacy by promoting the efforts of a cultural leader whose published texts and political activism only recently began to gain their much deserved reception.

I hope you’ll consider donating to the fund. It will directly underwrite new programming at Beyond Baroque in Fred’s honor, and will help preserve his legacy elsewhere. Donate via our website, or send checks to Beyond Baroque, 681 Venice Boulevard, CA  90291