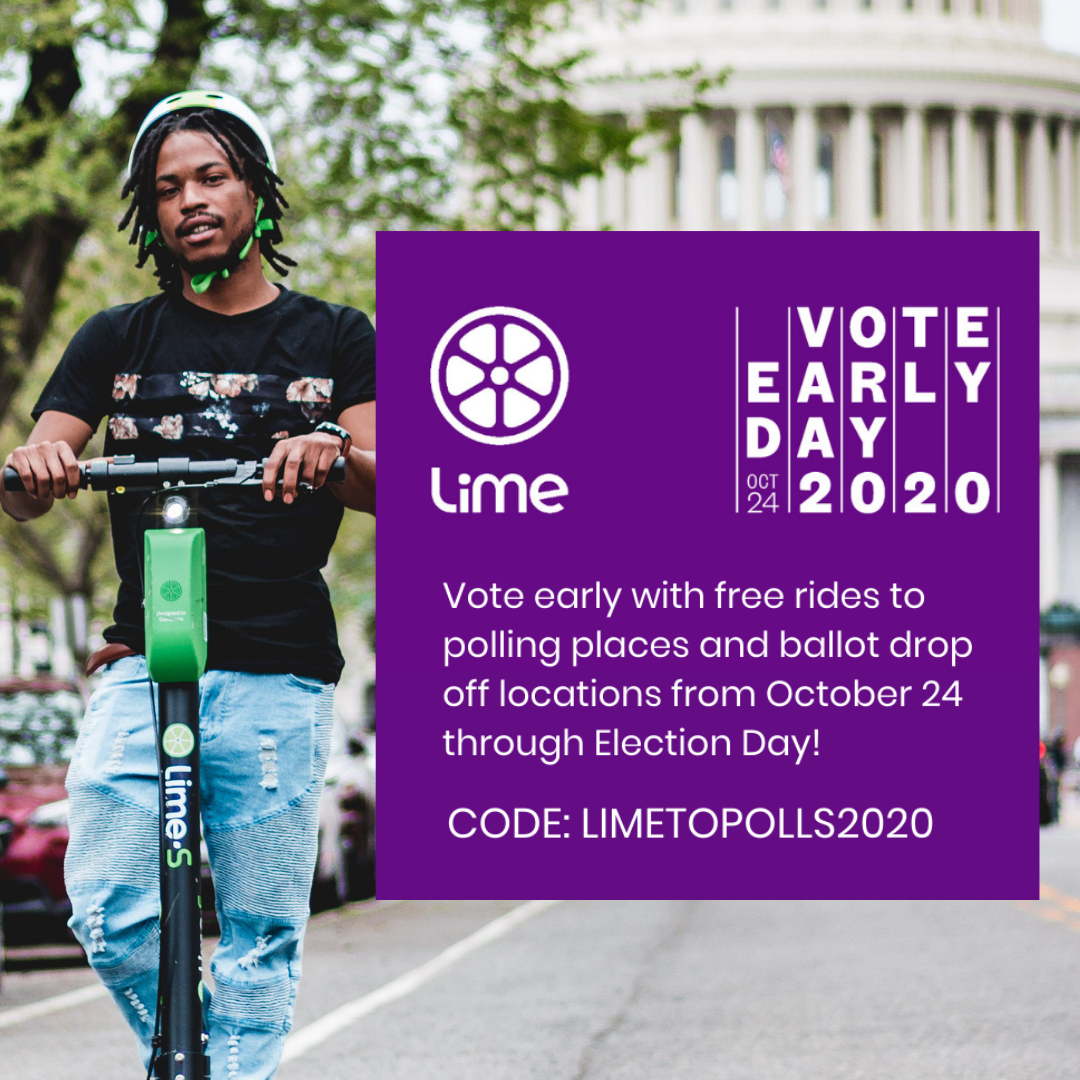 Lime teams up with Vote Early Day to encourage early voting by extending their Lime to the Polls campaign and providing free rides from October 24 (Vote Early Day) through November 3rd (Election Day) to early voting stations and ballot drop off locations.

Over 41 million voters have already cast their vote using early and absentee voting! It's clearer than ever that this election is unlike any other and after our team at Lime saw the long lines voters have been waiting in just to make their voices heard, we knew we needed to do more than just provide free rides on Election Day.

That's why starting today our Lime to the Polls promotion can be used for voting early in person or dropping off your ballot at a registered dropbox station wherever early voting is allowed, everyday leading up until November 3. We're proud to partner with Vote Early Day and When We All Vote on this initiative.

Riders can enter the promotional code LIMETOPOLLS2020 to receive two free rides up to 30 minutes across all vehicles in the Lime app, including JUMP bikes, in the United States. The code can be used for transportation to early voting polling places and to ballot drop box locations.

“This is the most important election of our lives,” said Wayne Ting, CEO of Lime. “Healthcare, climate change and the future of so many cities we serve are on the ballot in 2020. At Lime, we’re focused on doing all we can to register voters, ease access to polls, and encourage our riders to vote.”

“Over 200 million Americans have an option to vote early - in person or by mail. Vote Early Day’s mission is to help every eligible American learn about those options, and ultimately take advantage of them by October 24, 2020," says Joey Wozniak Project Director, Vote Early Day. "Being the global leader in micromobility, Lime will create new avenues and channels to help their riders have affordable and convenient ways to access the polls early."