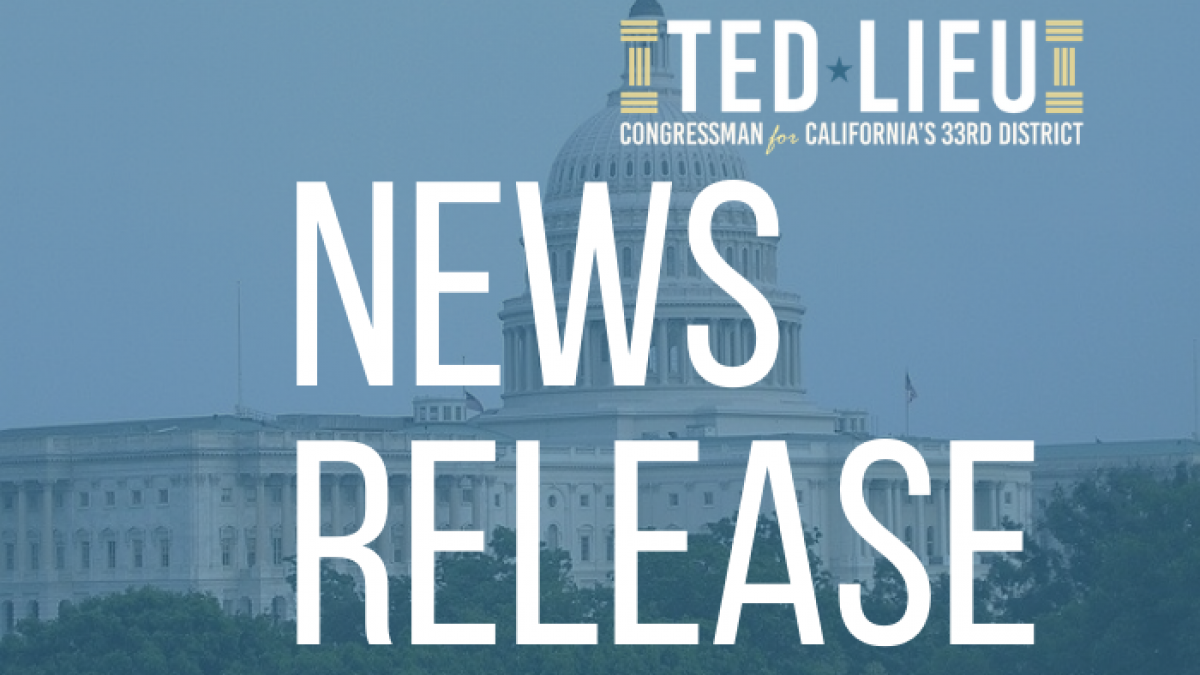 
LOS ANGELES – Today, Congressman Ted W. Lieu (D-Los Angeles County) issued the following statement on the efforts to provide homeless veterans at the Brentwood encampment outside of the West Los Angeles VA with housing options. On Monday, the West LA VA and community partners were able to help veterans staying at the encampment find alternative housing options and clear the encampment.

“Pleased that the majority of veterans residing at the Brentwood/San Vicente encampment are now either staying on the West LA VA campus, in hotels or have found permanent housing. This was made possible thanks to the terrific work of VA Secretary McDonough, the West LA VA, County officials and community partners. It’s a notable step forward in our efforts to house all veterans in LA County. We will continue to fight to make sure these and all other veterans experiencing homelessness in Los Angeles County have access to the resources and care they deserve.”

In 2016, Congressman Lieu and Senator Feinstein wrote – and President Obama signed – the West Los Angeles Leasing Act. The new law allows the VA to partner with nonprofits to build housing for homeless veterans and created the framework for a new Master Plan to redevelop the campus. The VA is now implementing a plan to build at least 1,200 new subsidized apartments, which is composed of 23 projects that range from renovating existing structures to developing and building new units. Earlier this year Lieu and Feinstein partnered on the West Los Angeles VA Campus Improvement Act, which will ensure that funds recouped following execution of the 2016 bill go directly back to the West LA VA. Also, this year’s National Defense Authorization Act includes a provision authored by Rep. Lieu that authorizes the VA to use funds collected pursuant to leases, easements, civil asset forfeitures, or other use-agreements at the West LA VA for the development of supportive housing and services on campus for homeless veterans.

Congressman Lieu is a member of the House Foreign Affairs and House Judiciary Committees, and serves as a Co-Chair of the Democratic Policy and Communications Committee. Mr. Lieu is a veteran, having served on Active Duty in the Air Force.
LIEU.HOUSE.GOV