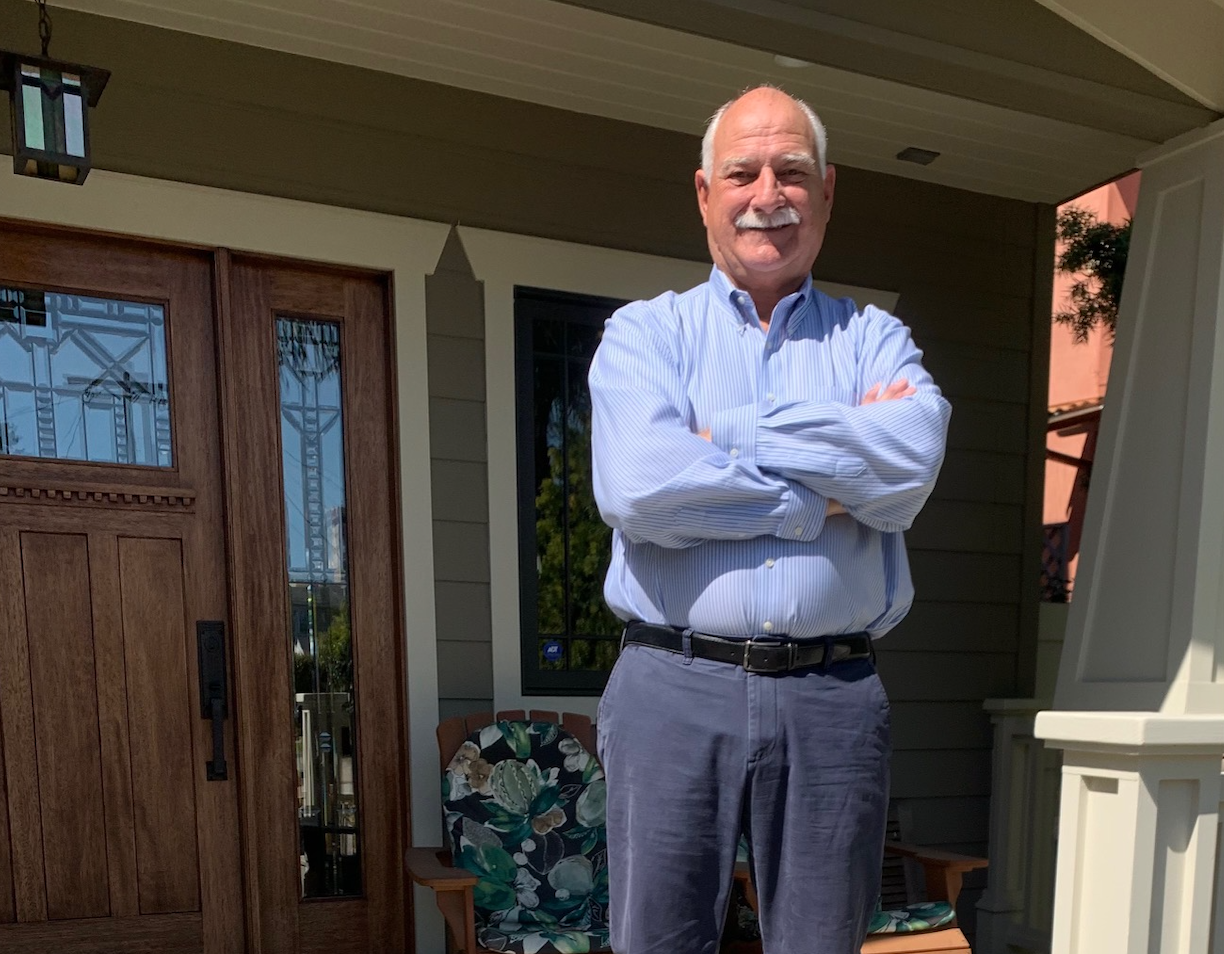 VENICE -Terry Ballentine describes himself as: “Happily married to Lorraine, living in a dream home in hometown Venice. Five grandkids. Enjoying God's gift's.” Although that sums up the calm-natured but self-described competitive father and grandfather, there's at least one important descriptor about him: Ballentine builds futures.

Ballentine is a broker and manager at RE/MAX in Venice. He's been in the business since the Seventies. And, well, he knows it, and he knows Venice.

Born and raised in Venice, Ballentine has "great" memories of running around as a kid at the beach and on the canals.

His father relocated to Venice from Iowa. "He moved here to build airplanes," Ballentine says. He worked at Santa Monica Airport, and the Venice canals were the most affordable place for working families like the Ballentine’s. "The canals in the Sixties were dilapidated,” Ballentine describes. “It was a ghetto."

As he explains it, his neighbors were "hippies and Hells Angels.” Before they were improved, Ballentine recalls that the canal sidewalks were “all neglected and run-down. It was dangerous to walk around the canals."

This would change, but only much later. Former L.A. Councilmember Ruth Galanter pushed through the renovation of the sidewalks, which eventually led to further changes for the better. "That was a big boom for the canal area and property owners," he notes.

While attending Saint Bernard High School in Playa del Rey, his father was purchasing affordable real estate. "Us as kids were the maintenance guys,” he recalls. “We got hands-on with what it's like to have a property and take care of it. It's been ingrained in me."

Ballentine says he has endured four distinct real-estate cycles since entering the market. "Each [down] cycle was caused by something," he says. When the market slowed down in the Eighties, Ballentine says it was due to extremely high interest rates. "That made it impossible for people to afford to buy homes. With each cycle, you had to learn to do things differently."

At that time, Ballentine says that most agents and brokers had to be "creative about financing." The other down cycle that stands out the most for him is the downfall of savings and loan institutions in the late-Eighties that lasted into the mid-Nineties. "Each time there was a slowdown, property values would level off and decline."

It was junk loans that impacted the market in 2009, he says. "Hundreds of people were buying homes and walking away with foreclosures. The property values went down 30 to 35 percent."

The critical thing about being in any down cycle, he advises, is to look ahead. "The down cycle will go up again [until it’s] even higher than the previous peak. Even if you have a down market, it will come up."

As for the high prices of properties in Venice, Ballentine says that shouldn't discourage homebuyers. "Interest rates are so low. It can seem scary to buy a million-dollar property, but look at it as the basis of your wealth. It gives you a roof over your head. There are so many benefits to owning a home rather than renting. It's investment property if you have a home, and you have cash with real estate because it's always up. I always recommend to my agents and clients to buy."