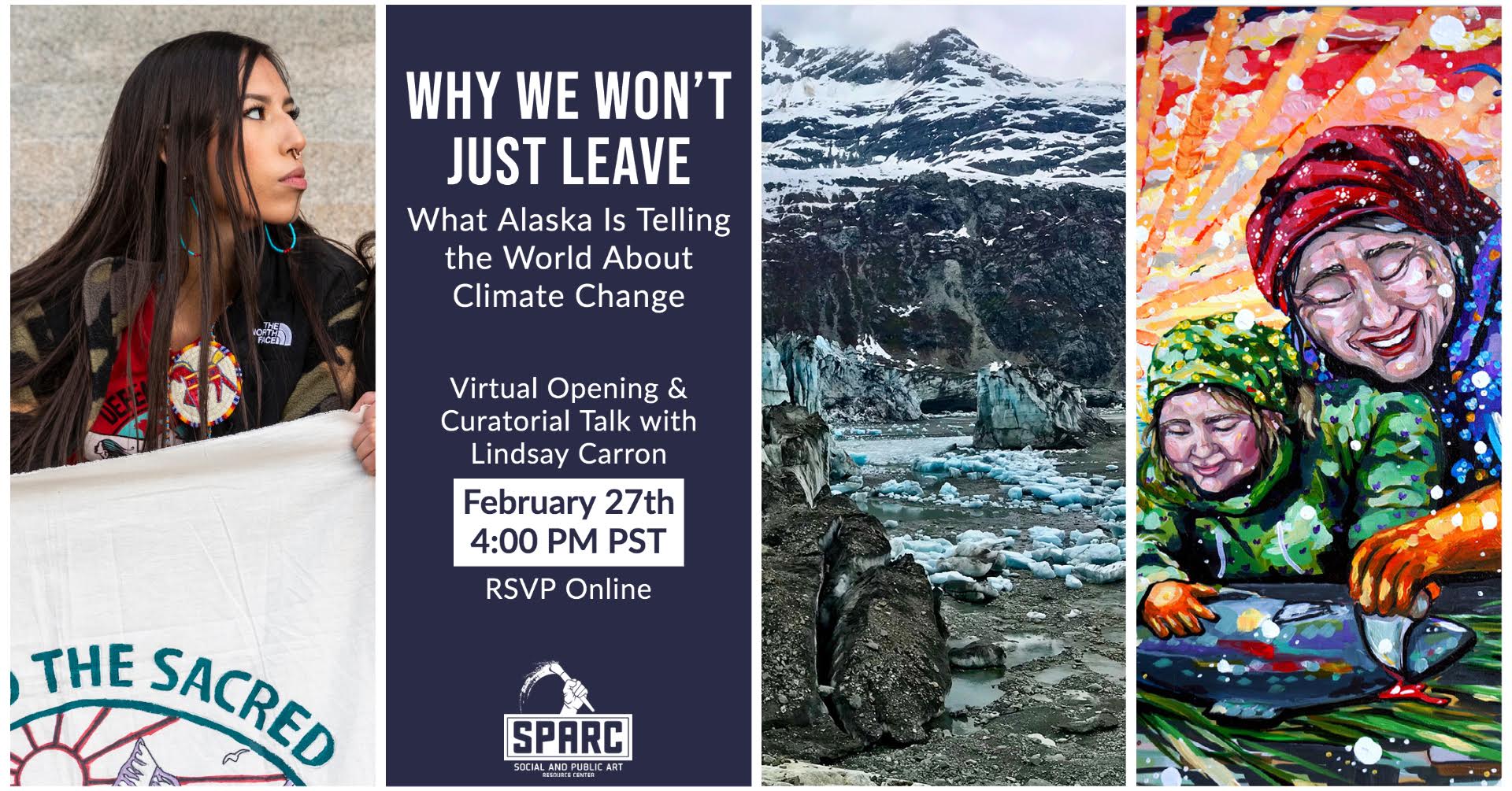 To the outside traveler, encountering signs of climate change in Alaska can be staggering. To those who call Alaska home, it is increasingly alarming and very real. Villages are collapsing into melting permafrost and eroding into the sea. Glaciers are receding exorbitantly fast, exposing rock that has been covered for ten thousand years. Melting sea ice makes it almost impossible for species like the polar bear to survive. Humbling stories abound of lack of food due to changing caribou migrations, salmon runs and subsistence patterns, and lives lost through thin ice in places that were once safe to traverse.

In Los Angeles, climate change has a different feel. Nitrogen oxide in thick smog contributes to increasingly warm temperatures, wildfires surge dangerously into communities, and the warming ocean brings deadly algal blooms and marine animal die-offs. In both Alaska and Southern California, hundreds of people have been displaced due to climate change.
Why We Won’t Just Leave  highlights the responses of Alaskans to their rapidly changing environment and delivers messages that are key for us all if we are to reverse climate catastrophe and cultivate a healthy, vibrant future for generations to come. From activists delivering testimonies in D.C. and artists revealing truth with beauty, to scientists studying methane released from melting permafrost, Alaska has a message for the world.
Why We Won’t Just Leave  features portraits, paintings, photography, stories, and video and audio profiles of over 15 artists, scientists, writers and activists responding to climate change in Alaska. The exhibition debuts virtually in the SPARC virtual gallery in February 2021, introducing Alaska as a major player in the world’s climate crisis to an audience separated by 3000 miles, but not separate from its impacts. Ancillary programs will include a panel talk, a participatory workshop with an artist, and youth programming. Attendees will leave the exhibition enriched by the information provided by exhibition participants, with tangible connections and action points, and inspiration for enacting change in their own communities.

Join us for a virtual opening and curatorial talk by Lindsay Carron on February 27th at 4:00 PM PST! - View event page here